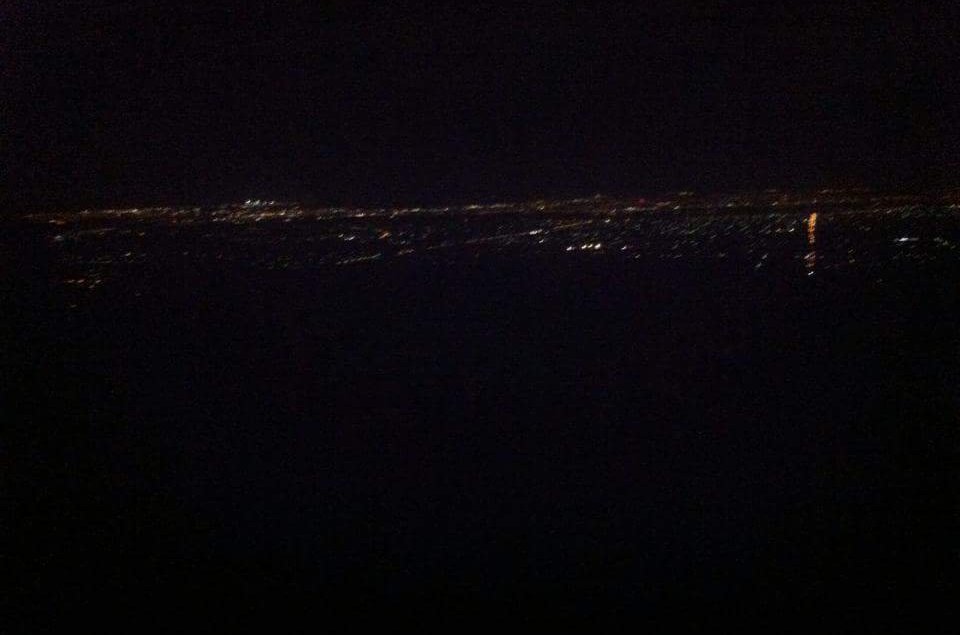 On Wednesday night, a rare and violent storm knocked out a series of vital transmission lines in South Australia. The National Electricity Market is maintained at a finely-tuned frequency. Switch a light switch off, and a tiny fluctuation reverberates through the web of transmission lines, homes and generators in the right hand half of Australia. Knock out a serious chunk of these lines, and things can get explodey – hence, South Australia was plunged into darkness, as a safety protection measure.

Any event that occurs within South Australia is assumed to be caused by clean energy. I put this out as semi-ironic maxim in January, but any dusting of irony has long since eroded from this theory. It’s now a pure, mathematical description of the emotional physics of clean energy.

Some examples, on the night of the blackout and immediately afterwards:

Alan Moran from Regulation Economics on why Adelaide is really facing a #blackout. On @SkyNewsAust right now https://t.co/rIgCEmbGRL

Were the GREENS responsible for South Australia's power blackout? https://t.co/sszImnuBeu

These are a minuscule selection demonstrating a theory that spread like wildfire, directly after homes went from light to dark in the state. There was no time interval between the loss of power in South Australia and the assumption that this event was caused entirely and solely by the presence of renewable energy.

The ABC incorrectly claimed that wind output was at zero due to high wind speed curtailment, and 24 hours later, claimed that output from wind energy was too high at the time of the blackout. On Twitter, I got angry tweets from people who’d assumed that photographs of fallen transmission towers were actually collapsed wind turbines.

An anonymously-run astroturf account advocating for coal (which curiously follows all of the registered coal lobby groups in Australia, and has all of the hallmarks of off-the-shelf, arms-length PR slickness) started pushing out promoted tweets within hours of hospitals losing power:

.@KetanJ0 Just had this come up on my timeline as a Promoted tweet… the coal lobby's really looking to cash in on the storm, obviously pic.twitter.com/ng59kKwsNK

Patiently, experts tried to explain that even coal and gas wouldn’t generate if the transmission system was knocked out by a rare and destructive storm. Some laughed at the ludicrousness of blaming renewables for the downing of more than 20 transmission lines in a storm:

“BuzzFeed News spoke to the author of the report, Tony Wood, on Thursday. He laughed when asked whether South Australia’s renewable energy was to blame for the statewide blackout. “Unless there’s something I’ve missed, [yesterday has] got nothing to do with renewable energy, it’s got everything to do with wild weather,” said Wood”

A hashtag game emerged, of course – #Stuffwecanblameonrenewables. To me, it didn’t really seem comedic. It was like seeing a joke about the equation of universal gravity. It’s too mundane to be funny: this is how we interface with reality, now. Adhering to evidence, expertise and the solid logic of causality is a weird, ugly and an act of cultural and social treason.

Being correct about things has real advantages. If you build a bridge, you’ll do better if you use math, rather than emotions. Conversely, being persuasive about something means connecting with your audience – blending information with a compelling narrative. You’ll fail at this if you rely solely on transmitting facts. Persuasion and correctness are valuable tools, at encouraging change and maintaining a safe, secure society.

Climate action needs both, to succeed, but the past three days have illustrated that we really are living on post-fact Earth. The rapidity with which this falsehood was created, spread and unquestioningly accepted was stunning, and the theory itself is so tragically ludicrous and vague that experts can only laugh. I knew the darkness that fell over South Australia would be blamed on renewable energy, but I could never have predicted the way it manifested instantly across all of the media landscape, rather than being barricaded in partisan divides, which is how this usually plays out.

Resolving the enormous and terrifying threat created and maintained by fossil fuels is hard enough already. We already knew that emotion often overrides logic, when it comes to ideologically-slanted issues. What we’ve discovered, in the past few days, is that the tragic formula of how we react to energy technology can operate at a scale and speed that we’ve vastly underestimated.

This system of instantaneous, high-frequency wrongness means we won’t be able to diagnose real issues when they arise. Managing an energy transition in a culture of antagonism towards expertise and accuracy is impossible.